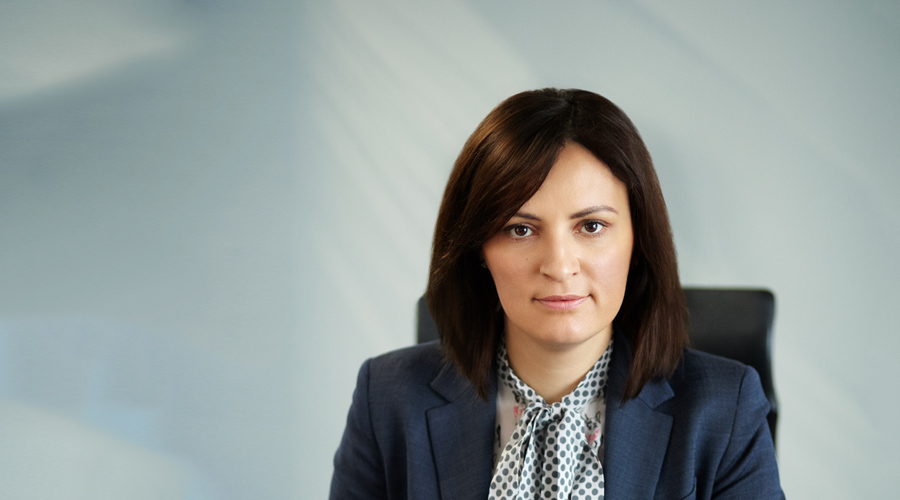 The National Investment Council was set up by Ukraine President Petro Poroshenko in 2016 to create a platform for high-level public-private dialogue, improve the business climate and boost FDI. The Сouncil includes top-managers and owners of 20 global companies working in Ukraine, and top local decision-makers, including the president, prime minister and other officials with a role in economic policy. At the Сouncil’s meetings, the private sector shares success stories and challenges and provides adviсе to the government on the reforms that will allow companies to invest more and create more success in Ukraine. Here, Yuliya Kovaliv, the Сouncil’s Head of Office, outlines her passion for the new Ukraine and explains how the dialogue sparked by the National Investment Council has already led to tangible changes in Ukraine’s business climate

Why did you take on this position as head of this office?

If you had told me five years ago if I would ever be working for the government, I would have said it was a joke. But after the Revolution of Dignity, there was so much passion coming from young people. On Maidan in 2013-2014, it was the first time we stopped talking about what “they” should do to change the situation, and realized we needed to do it ourselves. In 2014, I became a commissioner of the energy regulator in charge of one of the largest energy sectors in Europe, along with five other young people with different backgrounds – lawyers, investment bankers, who all wanted to help the country change.

Having joined the government as the first deputy minister of economy in 2015, I took on a broader mandate to form investment policies, reform the biggest state-owned companies and start the privatization process. With this experience, I became deeply convinced that foreign investment is one of the key drivers of economic growth. Heading the Office of the National Investment Council appeared as a challenging job to build Ukraine’s success story, not only through moving on reforms and changing the rules but also by building up the international business community’s success in Ukraine. Now, when foreign companies say they are happy working here, that they acknowledge the progress, and that the government is responsive and supportive, I think that’s one of the best advertisements for the country.

We still have room to improve conditions for doing business, but a special law that introduced a single customs window has already been approved by the Parliament, and we are now in the process of its implementation

How has dialogue created by the Investment Council led to positive change in Ukraine’s economy?

This dialogue has two aims. Firstly, to present the development of Ukrainian reforms that have been undertaken over the last four years; and secondly, to hear the feedback and views from the business community that works in Ukraine. They share both success stories and challenges and advise the government about what it needs to focus on in terms of economic reforms to allow these and other companies to invest more and become more successful in Ukraine. The last meeting of the Council was in May 2018, and one of the key things that the private sector suggested was to boost macroeconomic stability. The cooperation with the IMF and staying in line with that program is important in this sense, and, in October, Ukraine and the IMF reached an agreement for a new 14-month program worth $3.9 billion. That is a very good sign, and something the investment and business community was looking forward to. Council member companies also discussed further capitalizing on the potential of the Deep and Comprehensive Free Trade Area (DCFTA) with the EU and free trade agreements with other countries. The DCFTA has brought tremendous benefits to the economy of Ukraine. For example, exports to the EU have increased by almost 19 percent to $11.3 billion. Trade between Ukraine and Germany exceeded $5.3 billion and continues to grow. However, in order to benefit more from the growing trade, one of the things to be fixed is customs reform to make procedures smooth, quick and transparent.

Improving infrastructure and connectivity was another issue raised by the Council. What has been done to improve the logistical ease of doing business?

Ukraine has done much towards improving corporate governance in the biggest state-owned companies. We have new supervisory boards at Naftogaz, Ukrainian Railways, Ukrainian Post, and UkrEnergo. These companies have been going through transformations, improving their transparency, efficiency and business processes. The government has also launched privatization for the largest state-owned assets.

Remaining the country with a huge potential, Ukraine is still in need for capital to modernize infrastructure. Effective private-public partnership legislation, together with strong investors’ protection and financial sector support are needed to get global investors into the PPP projects in Ukraine, especially in infrastructure, utilities and energy sectors. We are currently working with the Parliament to have the new concession legislation by the end of the year. The first concession tenders in two seaports are to be launched in early 2019.

In terms of the energy sector, renewables are among those with the highest investment potential. This year alone around €500 million was invested in the sector, a lot of solar and wind power plants have been commissioned. We are now transforming the renewable sector to adapt it to the European model by developing the auction mechanism. The Investment Council’s office is working with industry stakeholders, international financial institutions and the government to introduce a new system that will allow a long-term secured perspective for new investments in renewables.

What international models did the National Investment Council emulate?

When we brainstormed the creation of the Council, we looked at different cases in other countries. It’s important to learn the good and the bad lessons from others, from how they’ve performed and built the investment credibility of the country. So when we were starting to launch the Investment Council in Ukraine, we were in close contact with the international community.

The project itself is being supported by the European Bank of Reconstruction and Development (EBRD), the biggest institutional investor in Ukraine’s economy at the moment. There are many bodies similar to the Council in Ukraine in other developing countries like Armenia, Moldova, Georgia, Albania etc, where the EBRD also supports public-private dialogue.

Which newcomer sectors should we expect to see gaining increasing representation on the National Investment Council in the future?

We see a huge interest in Ukraine’s transport infrastructure, with the biggest seaport operators, construction and infrastructure companies interested in entering the market. Global retailers like IKEA, H&M and Decathlon have also just arrived. They see the rules changing so they add Ukraine to their international map. We see growing interest in the financial and IT sectors as well. Just recently, the Canadian Brookfield Foundation and one of the Ukrainian private equity funds announced an approximately $80 million investment into a big IT cluster in Lviv. Over the last three years, we have also observed a big automobile cluster developing in the western part of Ukraine, which includes many German companies. 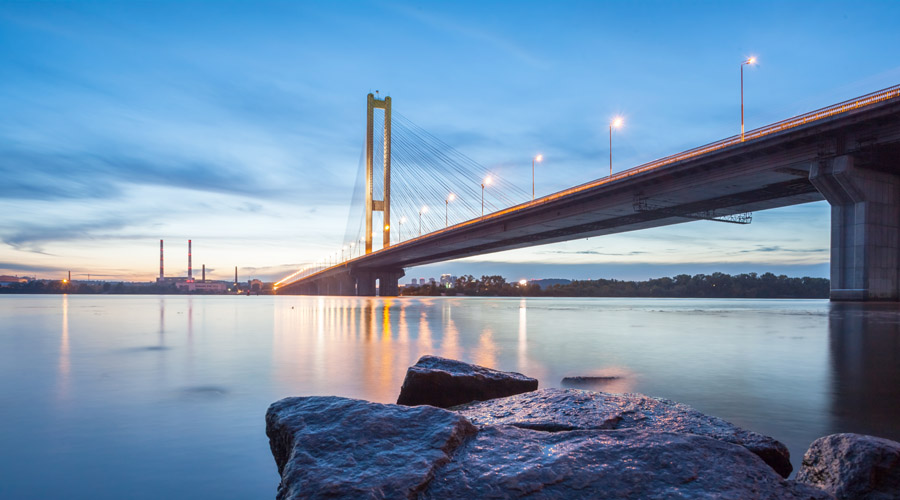 From risk to returns

When we get feedback from business that something doesn’t work, we are ready to sit down and fix it

All of this points to a new Ukraine. What does that mean to you?

I would say that the new Ukraine is an innovative country of great opportunities which has been dramatically changing. We are not done with these changes yet; much still needs to be done and we keep, even on the eve of elections, doing a lot to change policies and regulations, tackle corruption, build a new justice system, and support new innovative business. I think that apart from its natural resources, what makes Ukraine rich is very smart, talented and hardworking people. That runs through all the sectors from IT to space and aircraft industries. Petcube which connects pets with their owners via the internet is of Ukrainian origin. Snapchat had a big development branch in Ukraine. Construction bureau Antonov is known for the world’s biggest Mriya aircraft. This is the new Ukraine. New leaders in civil society, public sector and business have emerged. They started from scratch and are now contributing to the new Ukraine’s success story.

At the same time, international media may draw a different picture. There is a huge difference in the perception of Ukraine by the companies who have never been here compared to those who have. Despite this difference, we are committed to protecting all international investors in Ukraine because they are the best ambassadors of the improving business climate.

In what ways is Germany an important country in terms of FDI?

Investment usually starts with trade. That’s how the partnership builds up when countries and their entrepreneurs get to know each other. Ukraine and Germany experienced a positive shift in terms of trade. Germany has been one of Ukraine’s top economic partners with bilateral trade growing by 23 percent to around $9.3 billion in 2017. In the first eight months of 2018, trade with the EU grew by 18 percent and reached $13 billion.

Now, when we look back to 2013, our biggest trade partner back then was Russia. But after the Russian aggression and the illegal occupation of Crimea, Ukraine’s economy needed to quickly switch to new markets. The FTA with the EU was crucial, as well as efforts from both sides in terms of putting together standardization procedures and certification. It took us only three years to fully refocus trading policy.

Ukraine has also signed an FTA with Canada, is finalizing FTAs with Israel, and is in the final stage of negotiations with Turkey. Having FTAs with more than 46 countries and the EU as the biggest trade partner makes Ukraine a significant manufacturing hub for global exports.

When it comes to FDI, Germany is among the top five investors in the Ukrainian economy, and this trend has been on the rise. One of the biggest investments in the last two years in the agri-sector was by Monsanto, which is now owned by the German Bayer. It is one of the biggest corn seed-producing plants in Europe, covering one-third of Ukraine’s total demand. The company not only invested $200 million into this top-notch facility but also responded to the needs of the local community and supported it. I think cases like this help Ukrainians get the adequate perception of FDI. When people see modern plants, get new jobs and play by transparent rules, they understand the positive impact that international investors bring over to the country.

Let’s say I’m a German company that wants to set up a business in Ukraine. What advice would you give me?

You will need some time, a bit of passion and a professional team here in Ukraine. Patience, will and people are always behind great investment success stories. You will see that Ukraine is changing. Could you imagine the President and the Government being so open to business and its requests some four or five years ago? An open dialogue doesn’t end at formal meetings, it goes on day to day when we meet business associations to hear their observations and find solutions. When we get feedback from business that something doesn’t work, we are ready to sit down and fix it. Sometimes it takes time – Rome wasn’t built in a day. But if you are ready to be a partner to Ukraine in these turbulent times, ready to share your expertise and advice, and to be an advocate of changes, you already have the formula for a long-lasting and very strong partnership.

Related Interviews
Head of Office - National Investment Council
This site uses cookies for analytics, personalized content and ads. By continuing to browse this site, you agree to this use.OKREAD MORE