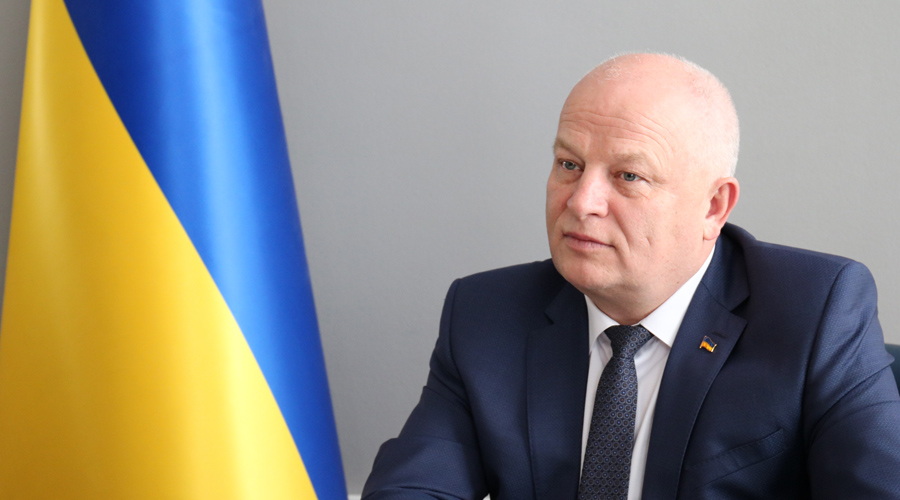 As Ukraine shifts away from Russia and embraces Europe, the EU has become Ukraine’s largest trading partner, accounting for more than 40 percent of its trade in 2016, according to the European Commission. The Deep and Comprehensive Free Trade Agreement, in effect since January 2016, is helping boost the country’s economy, and Ukrainian exports to the EU amounted to €13.1 billion in 2016. Meanwhile, Germany and Ukraine are stepping up their partnership in trade, technology transfer and investment in innovation. Stepan Kubiv, the first vice prime minister and minister for economic development and trade of Ukraine, explains how the government is pushing important reforms forward to create ever better conditions for European businesses in the country

Two years into your term, what has been your role in shaping the economy, and what are your priorities?

When I became minister for economic development and trade, one of my key priorities was creating a favorable environment for business. There were problems to deal with such as excessive regulation, inefficient control measures and numerous opportunities for corruption, and we had to put a stop to this. We have now set up clear, unified rules, and regular checks with advance warning. We have also created an electronic platform for effective regulation. The president of Ukraine Petro Poroshenko and Prime Minister Volodymyr Groysman have a strategy for development that includes economic and business components, and we have taken important steps since Ukrainian independence, such as creating a forecast of macroeconomic indicators, encouraging the development of small and medium enterprises (SMEs), reforming state-owned firms and revamping our state procurement system. The priorities for us are attracting investment to modernize and upgrade our manufacturing and to drive innovation.

How difficult has it been to push these reforms forward?

Launching reforms is always painful, but after an information campaign, it gets easier. The main concern for private companies is to prevent the state from meddling in their business activities. We used to have a highly centralized structure, but thanks to the president, the parliament and the government, we have decentralized and deregulated significantly. We have also revoked excessively harsh punishment that used to be applied to businesses before the Revolution of Dignity, by changing the legislative framework. We are aware that effective regulation is the main factor in ease of doing business.

What about the reform of state-owned enterprises?

After the summer of 2017, the joint efforts of parliament, government and the president produced a law on privatization. There are two possibilities: major and minor privatization. The minor processes use an online procurement platform called “ProZorro” (which means “transparency” in Ukrainian), that is in effect an electronic bidding platform. We have already sold 307 objects through this platform, representing revenues of over 412 million UAH (€12.8 million). Additionally, 23 large-scale state assets have been targeted for major privatization.

Which industries are benefiting the most from this platform?

Energy production, heavy industry, agribusiness, the chemical industry and SMEs related in some way to these sectors. All in all, there are more than 3,444 state companies in Ukraine, and we want to sell 1,000 of them through this minor privatization tool.

How is Ukraine progressing in its relationship with the EU through the Deep Comprehensive Free Trade Agreement (DCFTA)?

The main challenge is that there are EU standards and there are Ukrainian standards when it comes to industrial and agricultural products, and we have been working actively to harmonize those two in order to boost trade. We are moving fast because of the Russian aggression, and we are moving away from our traditional exports of raw materials. When that market crashed, it posed a huge risk for us, and we had to re-orient the economy to other markets. To that end, we have been aligning our legislation with the EU’s, and so a lot of new laws have been adopted, of which 144 concern the liberalization of the visa regime with the EU. A second draft of laws addressed the DCFTA with the EU, with the goal of harmonizing standards so that Ukrainian companies would be able to export goods and services to the EU. 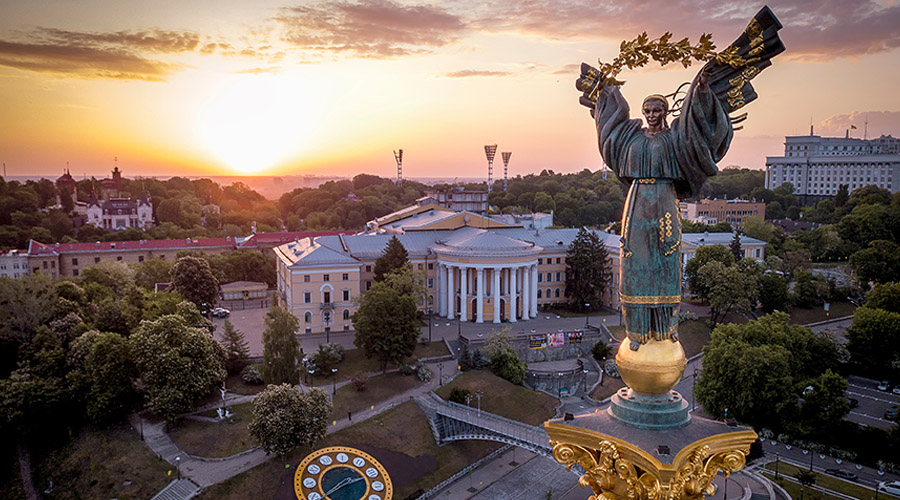 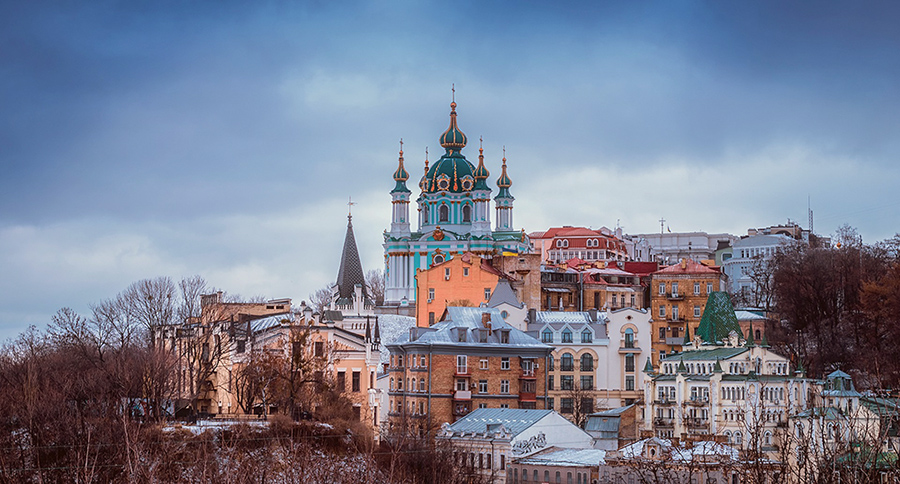 Within the EU, how important is Germany as a partner?

Germany, in particular, and the EU as a whole are now Ukraine’s biggest partners, and 41.8 percent of our exports are going into the EU markets. Germany is an important and reliable trade partner for Ukraine, and also one of the largest investors in this country. Our cooperation involves both innovation and modernization. We have bilateral institutions at the government level, such as the High-Level Group Meetings for Economic Cooperation as well as the Ukrainian-Bavarian Commission. Secondly, there is a business component through the Ukrainian-German Chamber of Commerce, and the Ukrainian Chamber of Trade and Commerce, as well as the Ukrainian-Bavarian Forum and the Ukrainian-German Economic Forum.

Thanks to the DCFTA, trade between the EU and Ukraine increased by 27.1 percent from January to August 2017 compared with the same period in 2016. How is this relationship advancing, and what kind of growth do you foresee?

Our government’s export strategy is based on improved organization and technology. Of course, the initial baseline is very small, and we will see high growth during the first years. This is envisaged in the DCFTA. Exports in 2017 were $20.16 billion, and the export growth rate has been 27.4 percent in the nine months of this year, so we expect high figures for this year. But what we care about is not so much the export of raw materials, but of industrial goods. And that involves our current ventures with Germany. We used to export metal ore, but now one example of what we export is electrical machinery, a segment with a growth rate of 12.2 percent. The apparel sector has a growth rate of 18.8 percent.  And now we see that the structure of our external trade also includes services. The total share of foreign trade involving services is 14.1 percent.

In what other ways are Germany and Ukraine cooperating?

We are seeing real economic cooperation. For instance, the Ukrainian-German Chamber of Commerce opened in Kyiv in October 2016; one of my main tasks as minister had been to establish this chamber quickly. We also have an agreement on large-scale economic cooperation and development, and also on science and technology. And we are now working together on innovation and IT projects, as well as on modernizing the Ukrainian industry. We have an agreement to avoid double taxation, and there are over 2,500 German companies operating in Ukraine. And in June 2017 a study by the chamber found that more than 68 percent of German companies are continuing to expand their business in Ukraine. What we are seeing is a joint interest and cooperation in action.

There are 3,444 state companies in Ukraine, and we want to sell 1,000 of them through our electronic bidding process

Agribusiness has huge potential, as Ukraine has some of the largest black earth reserves in Europe and the potential to feed millions of people. Germany is already a huge importer of Ukrainian honey, for instance. How are you preparing to grow this sector?

We can grow the honey sector by holding a Day of Ukrainian Honey in Bavaria where we present the honey, the products, the honey makers, and just deliver one message: that Ukrainian honey from the Ukrainian Carpathian mountains is ecologically clean. Any participant can submit a sample for lab testing, and that is the best marketing there is.  Another option is for German representatives to go to Ukraine to visit the production sites, and to seal agreements right there. We could sell honey wholesale to a company that could repackage it in very small amounts for, say, hotels, and that would create great added value. Ukrainian sunflower oil is also a very popular product. In addition, we are proactive and participate in the world largest exhibitions to present our agricultural as well as innovative goods. We see a huge potential for innovative agriculture and other B2B cross-sectoral cooperation.

Why is cooperation between Ukraine and Germany so successful?

The DFTA has established a strategy and principles, and there is horizontal dialogue between the businesses, industry, IT and agriculture. We also have effective tools for the challenges that the industries encounter. But the most important thing is mutual trust, and the best indicator of mutual trust is the joint ventures that we have. I have visited German-run factories here that make car seats, where the salaries are above average, and I have been to a car factory in Germany and seen Ukrainians working there. This is an example of people’s integration and cooperation. In these three years, I have seen that the best tool is to establish these direct contacts.

Germany is an important and reliable trade partner for Ukraine, and also one of the largest investors in this country

Ukraine is ranked 71st by the World Bank out of 190 economies for ease of doing business, and 46th as an exporter to Germany. How would you improve these rankings even further?

Ukraine is a European country in practical terms. It has good transit opportunities and has already become a transit hub for Germany, the whole of Europe, Africa and Canada. The uniting factor is our free trade agreements and our trade advantages with certain markets. We also have a highly educated workforce and great human capital that include many engineers and mathematicians. Ukraine is already playing a very important role in the IT sector, and we have great prospects for cooperation with the EU in general in the digital economy. And there are already joint manufacturing initiatives in aircraft, satellite and space exploration, just the kind of projects that cannot be completed by one individual country alone. Ukraine can also be used to access Asian markets. Markets are essentially people, and we are talking about over a billion people in China and again in India. The Chinese have started to consume grain products and other agricultural goods together with flour produced with joint German-Ukrainian technology.

How will all this impact economic growth in the country?

We have already achieved in excess of 3 percent growth, but need to raise it to between six percent and eight percent. This requires a long-term strategy to develop the country over the next 50 years, and both the government and parliament should take measures to favor this strategy. We need to have at least five-year plans for development based on the digital economy, using innovation and investment as tools. I would like to thank our international partners for their trust.

Related Interviews
First Vice Prime Minister and Minister for Economic Development and Trade of Ukraine
This site uses cookies for analytics, personalized content and ads. By continuing to browse this site, you agree to this use.OKREAD MORE