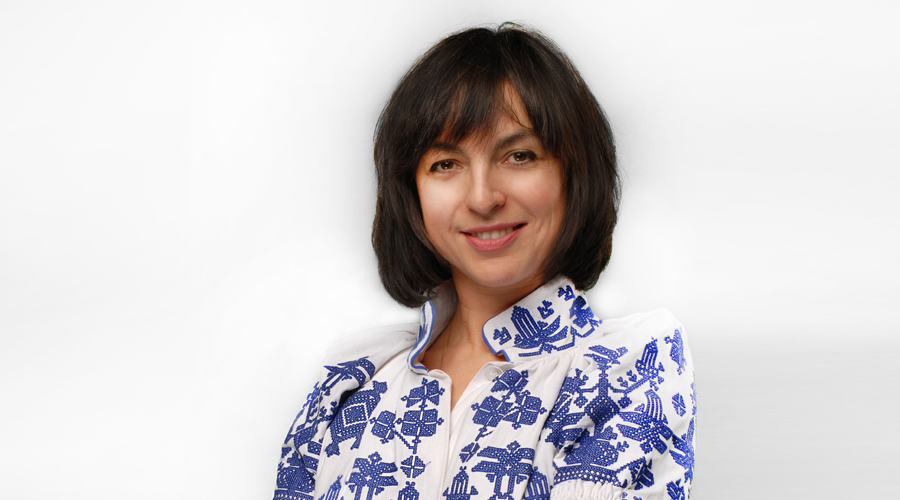 The European Business Association (EBA) was established in 1999 with the support of the European Commission, and acts as a platform in which members can discuss and find solutions to common problems affecting business in Ukraine. Today, it is fully financed by the private sector, employs 90 full-time staff and represents around 1,000 businesses from all over the world. Anna Derevyanko, who has been the Executive Director since 2003, outlines the work of the EBA, what it’s like to do business in Ukraine today and why Europe is a natural partner and role model for the country’s development

What are the perks of being an EBA member?
We are trying to improve the business climate in Ukraine, and we would like to bring European business practices and values to the country. To achieve this goal in the most efficient way, we advocate for our members and for better business practices.

We also provide education because we believe that people should be well educated and up-to-date with the skills that are needed for business.

Among that we provide customized care to all members. We are based in Kiev and have four more branches throughout Ukraine. We host many B2B events. Every day something is happening.

On top of that, we have more than 23 committees that meet on a regular, weekly basis. They focus on different professional directions and problems around the business climate in Ukraine. We also have meetings with different government officials, leaders of the country and organize events such as lectures, masterclasses and seminars. It’s really a huge hub for business!

What makes you passionate about your work at the EBA?

Ukraine is probably one of the rare countries where there is such a close proximity between business and the state. It’s very positive; the dialogue has been opened so much, it’s quite amazing. When we compare ourselves to other emerging countries, we can see and feel that here you have a direct line to different government officials and stakeholders, and feel that business can leverage many decisions in a democratic and absolutely transparent way. If businesses come to Ukraine and take part in associations like ours, they can definitely make an impact.

What recent reforms or changes in Ukraine have been most important for the business environment?

It’s necessary to underline the openness that has been established between the public sector and the business community because I believe it was the starting point for all the other changes. One impressive change was the VAT refund. It used to be a huge problem for exporters and was always on the business community’s agenda. It’s fair to say that it was successfully resolved. The association agreement between the EU and Ukraine has also been very important. The business community looks at that agreement as an opportunity to change the framework of Ukraine. We believe this is a tool to make our business climate more transparent and in line with European norms and standards. The visa-free regime was important for citizens as it introduces more freedom of movement, which is absolutely positive. However, it also caused issues that are not great for business, such as a brain drain. People from Ukraine are very talented and hardworking, and a number of people have actually left the country. However, this is also inspiring a move to increase wages, improve social security and infrastructure to encourage Ukrainians to stay. Businesses have already started moving in this direction – we see that this year salaries rose by 15-16 percent. Digital transparency measures by the government have also been highly appreciated. I also feel that bureaucracy is shrinking in some areas.

How would you describe the main benefits of the Deep and Comprehensive Free Trade Area agreement (DCFTA) with the EU so far?

I think the DCFTA offers the roadmap for change. Of course, it gives businesses from Ukraine the opportunity to have greater access to EU markets, sometimes within quotas, sometimes beyond quotas. And vice versa, European companies may trade more freely with Ukraine. We have already seen a rise in trade between the EU and Ukraine. But beyond that, we look at this agreement as an instrument to change the business climate. First of all, it covers a broad range of different aspects of the business environment, from the rule of law to different norms and standards in technical regulations. Ukraine has a very strict schedule to introduce those changes. In the business community, we believe that is it a good tool for us. When we feel that something needs to be done, we can look to clauses in the DCFTA and say “look, we need to change things to get closer to the EU.” Thus, we’ve seen a number of changes in trade regulations; and in customs formalities, a one-stop shop has been introduced, which is also part of the DCFTA. Sometimes Ukrainian giants believe that the association agreement does not provide fair quotas to the biggest producers of honey or meat, for example. Maybe these clauses could be renegotiated after some time. But overall it’s been positive. When the DCFTA was being negotiated, the EBA supported it all the way.

Why is the EU the future?

The EU has its own problems, but you have to try to emulate those who are the best in the world – and, whether you like it or not, EU countries are some of the best.  It’s not necessary to re-invent the wheel, but to look at the most efficient ways to run a country, how to foster the best business climates, regulations and so on. Of course, the EU is not homogenous – each member is different, but they are united in their diversity, which is another positive aspect. It’s possible to look at Spain, Scandinavia or Germany or France and find the best practices. If we look at how Europeans live, it’s also obviously very attractive for Ukrainians. Ukrainians should also understand that if you want to live the European way, you have to be prepared to pay. There have been complaints within the country about rising gas prices, for example, but we see that we must run the country pragmatically. At the same time, I think that Ukrainians can also use the privilege of being outside the EU and implement the best examples. Sometimes, we hear that there is a lot of bureaucracy in the EU – manageable, but still a lot – and since we’re outside of it, we could construct better models. But it’s not a dogma; of course, you can be inefficient outside or within the EU. It’s just necessary to have sound public administration systems, sound institutions and motivated people in the institutions that allow you to implement the best practices. You can look at how other societies live: Russia, the US, which is far away, Africa and Asia. The closest natural partner that is really attractive in terms of quality of life is obviously the EU. It’s absolutely natural that Ukrainians want to be closer. 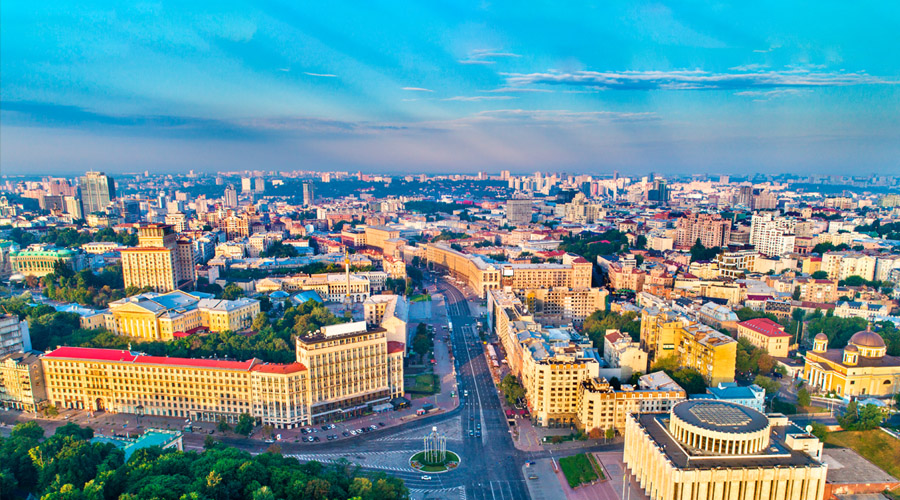 Ukraine’s economic pivot to the West

Here, you have this freedom and the potential to do anything in business

What do you think Germany’s role is in terms of Ukraine becoming more integrated into the EU?

Germany is very important. It’s one of the most prosperous countries in the EU and a key decision-maker. That is why it’s very fair and smart for the Ukrainian government to actively maintain proper relationships with Germany and the German public sector. Businesses from Germany are well represented in the EBA and within Ukraine. We do want to see even more development of their presence here in terms of production and trade. There is a huge potential and the Germans have powerful technology. This technology could be equally beneficial for Ukraine.

Why is Ukraine an attractive destination for German businesses?

There are different sectors that all have their own advantages, so I will speak on a general level. First, it is conveniently located. Different transit channels can be arranged through Ukraine, which is very important. Secondly, we have very talented and skilled labor. Currently, it is still underpaid compared to European standards, but that will be rectified eventually. I cannot say that we are the country of cheap labor, but we are the country of talented and smart people who can resolve a number of challenges for German companies. Third, the proximity to the EU and the DCFTA. Because of that association agreement and DCFTA, we can enjoy absolutely free opportunities for trade. Fourth, it is vey nice here and very convenient. If you were to think in terms of value for money, obviously Ukraine is fantastic. You can live an excellent life here for less money than in other EU countries. It’s never boring here; it’s very dynamic – people are lively and because of the transition stage, you can feel this energy. You can also feel freedom here; it’s everywhere, in the streets and when you talk to entrepreneurs. I can feel that because when you travel a lot, you can quite often feel limited opportunities for growth and limited niches. Here, you have this freedom and the potential to do anything in business. With German technology and know-how, they can come and create new niches for competition.

Every year, our business community brings around 400 problems or initiatives to the government. More than 50 percent of those problems are successfully resolved

Bearing in mind your vast experience in leading one of Ukraine’s most important business associations, what is the one piece of advice that you would give to German companies looking to operate in Ukraine?

Don’t underestimate Ukraine and Ukrainians. It’s necessary to be well prepared once you enter the market, and it’s necessary to have a good team, with motivated professionals who will help you run your business. Looking at many German companies that already operate here, I feel that they can cope with this task. For example, the other day I was talking with BASF, which has a substantial presence here. They are going to invest more in this country, and they are absolutely positive about development. The same applies to Bayer, Siemens and other German firms that are present.

How would you define the new Ukraine since the 2014 revolution?

Anything is possible; the sky is the limit. I can support that with figures from our side. Every year, our business community brings around 400 problems or initiatives to the government. It may seem like a lot, but the number is high because more than 50 percent of those problems are successfully resolved. If you’re talking about individual concerns, so far this year, we’ve submitted 200 individual cases and more than 80 percent have been successfully resolved. This means that things are changing. You have to ask yourself as a businessperson from Germany – would you like to be part of this movement? Would you like to transform a country in a positive way while also making money? Companies are making money, are back to pre-crisis levels and have a positive outlook for next year – even though there are elections. We asked our member companies about their forecasts for next year and they estimate they will grow by 15 to 20 percent. They will also increase the amount of staff next year by a minimum of 10 percent and increase salaries by a minimum of 10-15 percent. This means that there is a lot of optimism. It also means there is room for newcomers and there’s still space for further changes and transformation.

Related Interviews
Executive Director - European Business Association (EBA)
This site uses cookies for analytics, personalized content and ads. By continuing to browse this site, you agree to this use.OKREAD MORE