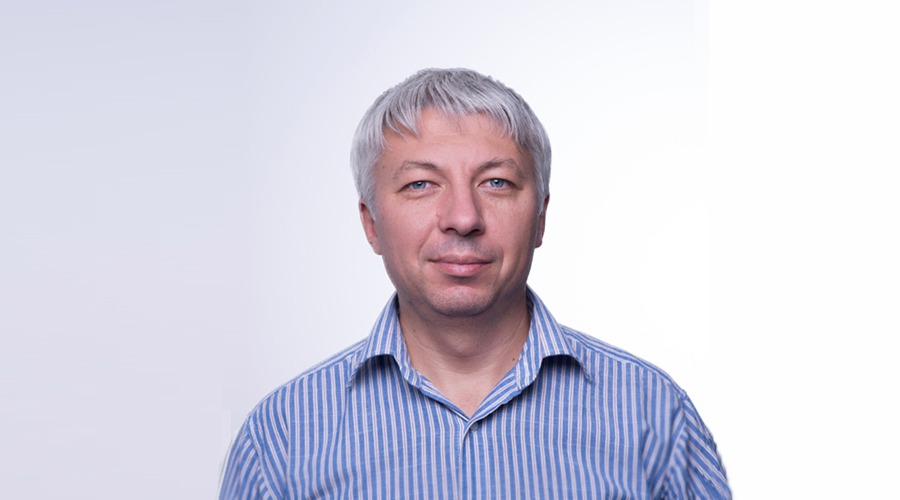 COO/Co-founder/Chairman of the Board, Intellias

Intellias is a custom software development company from Lviv that has been helping top European and North American technology companies create their software products since 2002. Ranked among the best IT employers in Ukraine, it can draw on a large number of experts – over 1,100 in-house engineers and a total talent pool of around 116,000 people – to quickly deliver customized services and solutions. With a focus on German-speaking countries, the company has an office in Berlin and plans to expand in the coming years. In October 2018, Ukrainian private equity fund Horizon Capital also acquired a stake in the company. This backing will help Intellias expand its services in Ukraine and abroad. Here, Michael Puzrakov, one of the company’s co-founders, explains what makes Intellias competitive on the international market. Then, Ruslan Furtas, an investment director at Horizon, discusses IT trends and why Horizon decided to bet on Intellias

What are some of the main services and products that Intellias offers?

Michael Puzrakov: We offer custom software development services that come in several models of cooperation. The first variant is a team extension model, which means our specialists seamlessly extend the development teams of our clients.  Our clients’ representatives manage this process.  Another service model is more advanced, as we manage projects ourselves instead of a client. We take full responsibility and take ownership of the product, covering all the disciplines of product development.

How would you describe your current stage of growth?

MP: We are at the start of a growth stage. We aren’t a startup anymore; we’re a successful and profitable business, but we are still growing quickly.

What aspects of your company give you a strategic advantage in the market?

MP: Except for the technical aspects, I’d highlight our dedication to serving clients. And I believe this is one of the main reasons behind our success. But what’s really unique about Intellias is our ability to hire people very quickly, because of our good working conditions for employees and professional skills in talent acquisition. Fast team scaling is one of the major advantages for our clients who often need big development teams in a short time. Another factor is our experience with European customers. As we have been working with Europe since the company’s establishment, we understand the mentality very well.

Why did you decide to start in Europe?

MP: The decision came after our experience in the German market. Our first jobs were in a software company that cooperated with German clients. Since we’ve learned the German language and everything about business requirements in Germany, we decided that this could become our competitive advantage. At the beginning, we were searching for clients in Austria, not in Germany, simply not to compete with our previous employer. Then, we extended our services to Switzerland, Germany, and other European countries. Today, we still get the lion’s share of our revenue from German-speaking countries, and Germany in particular.

What is your growth strategy for the German market?

MP: Until now, we have been growing organically. I believe, though, that maybe even next year, we could start considering some acquisitions. We’d pay attention to companies that could be synergistic with Intellias like those which have development centers in Eastern Europe or companies with a client base that could supplement ours. Also, we would consider companies that have some expertise or products that would help us acquire new clients. 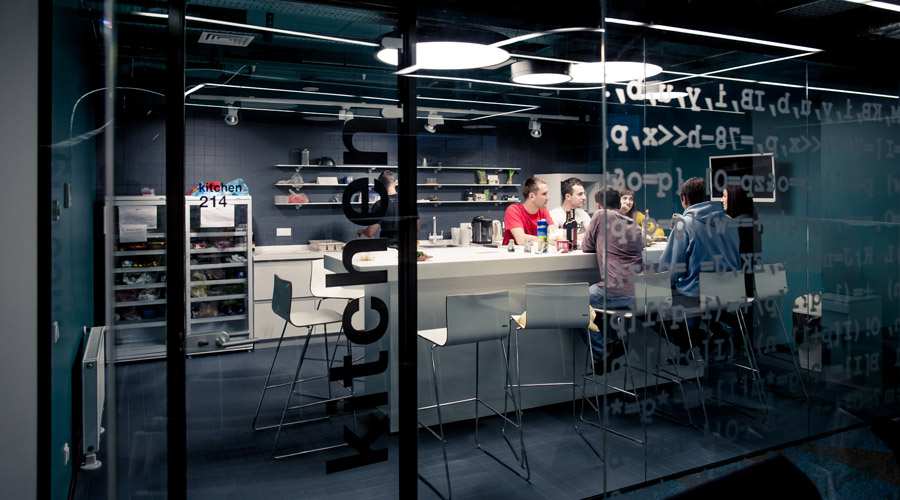 How would you describe the advantages of Lviv to potential business investors?

MP: The IT industry differs from other industries in Ukraine – it is privileged. It wasn’t very familiar to the authorities in the past, so there wasn’t much space for corruption. The IT industry is growing very fast, attracting money from outside the country, and the absence of corruption is very beneficial for investors and clients. IT companies are quite comfortable doing business in Ukraine. Other industries can be much riskier for foreign capital investments. However, I do believe that those industries are improving and becoming less risky. The business climate is also becoming better. Lviv is located just 70 km from the border with the European Union, and we are mentally very close to Europe. I would invite anyone who is interested in doing business in Lviv to come and see the city, the people, and visit local companies.

Last October, Horizon Capital bought a minority stake in your business. What does that say about Intellias and how will it impact business in the short term?

MP: I think our business has become more robust and stable since then. Horizon can support us in different aspects such as networking, business development, corporate governance,  finance, and strategic issues.

Ukraine has a lot of engineers but the companies with good management were able to beat the market. That’s why we decided to acquire a stake in Intellias

What Horizon Capital decide to invest in Intellias?

Ruslan Furtas: First of all, there’s a big trend globally for outsourcing. In Europe alone there is a shortage of around one million IT engineers, in the US the shortage is between 500,000 and 1 million and globally it’s estimated to be 2 million. There are a lot of hot companies like Facebook and Google competing for the top talent, but there are small companies as well with burning IT projects they need to carry out. In this case, companies like Intellias, SoftServe and others are perfect solutions because they can quickly and easily employ people to complete projects. They are very flexible. Historically, the talent shortage was filled in countries like India and the Philippines, but Ukraine is becoming very important as well. The country has a big talent pool and it has been a focus of development since after independence.

In the beginning, Ukrainians were having to leave the country to find IT employment, and brain drain became a problem. Now, some of those people who left, like the founders of Intellias, and others have come back to set up a local industry. Today, the IT outsourcing industry has basically saved Ukraine from brain drain and also its economy, as it has become the third export industry for Ukraine and will soon be the second. In Ukraine, the average salary is around $300, but in the IT industry people can make $2,000 to 3,000 per month. With a lower cost of living here than in other IT-hubs, they are quite well off so there’s no need for them to go abroad.

As for trends in the industry, traditionally, software companies would hire people here, but now the second and third waves are coming in and non-traditional companies are beginning to enter the market. Companies that weren’t in IT before now see a threat from digitalization and have to do something. The automotive industry is one example. Telsa came out of nowhere and started outperforming the traditional companies. Now big car companies are running to invest in the digitization. The same stands for energy and finance companies.

So, why was Intellias able to successfully capitalize on these industry trends while others weren’t? In my work, I’ve seen about 50 IT organizations in the region and I believe there are two things that distinguish successful companies. The first is the ability to find clients, do sales well, speak the same language and the second is to build systems to grow the company. There are many companies that grew to 100 to 200 people. They are managed and run by the founders, but if they didn’t build systems, it’s still intuitive management. Some companies were able to build systems and scale up business without losing clients because of their customer service, communication, the quality of code were all carefully checked. I think Intellias is one of the best examples of that. You can see that the managers are process-oriented entrepreneurs. Ukraine has a lot of engineers but the companies with good management were able to beat the market. That’s why we decided to acquire a stake in Intellias.

Related Interviews
COO/Co-founder/Chairman of the Board - Intellias
This site uses cookies for analytics, personalized content and ads. By continuing to browse this site, you agree to this use.OKREAD MORE