Germany’s role in Ukraine’s shift to the West

Meeting of the President of Ukraine Petr Poroshenko with the Federal Chancellor of Germany Angela Merkel in Germany, May 20, 2017. Photo: Mikhail Palinchak

When the population of Ukraine demanded a more democratic country, Russia reacted with aggression and Germany stepped up as a critical partner

Ukraine’s President Petro Poroshenko has called Germany one of Ukraine’s “closest allies” and for good reason. Over the years, he and German Chancellor Angela Merkel have met on more than a dozen occasions to discuss some of the most pressing issues for European security and development.

Germany has used its position as a global leader to advocate for Ukraine’s independence and integration into the West. From Ukraine’s Deep and Comprehensive Free Trade Agreement and Association Agreement with the EU to NATO’s ongoing support for Ukraine and sanctions on Russia, Germany has been critical. In 2015, Germany also played a leading role in the conflict in Eastern Ukraine as one of the four signatories of the Minsk deal.

With $1.8 billion in investment in 2017, Germany and its companies have become the country’s leading investor, bilateral trade has been increasing at a rate of around 20 percent, and the government of Germany has allocated some €490 million since 2014 to support Ukraine’s development.

As a geopolitical stage where democracy is fighting Russian authoritarianism, what happens in Ukraine will have a far-reaching impact in the equilibrium of power and influence in Europe. Inasmuch, Germany’s governing coalition expressly prioritizes Ukraine as a matter of foreign policy. “We are committed to supporting Ukraine in the restoration of its territory and in promoting stability and further development of its society,” reads Germany’s 2018 government coalition agreement, which underlines Germany’s willingness to loosen sanctions on Russia if it implements the terms of the Minsk agreement. 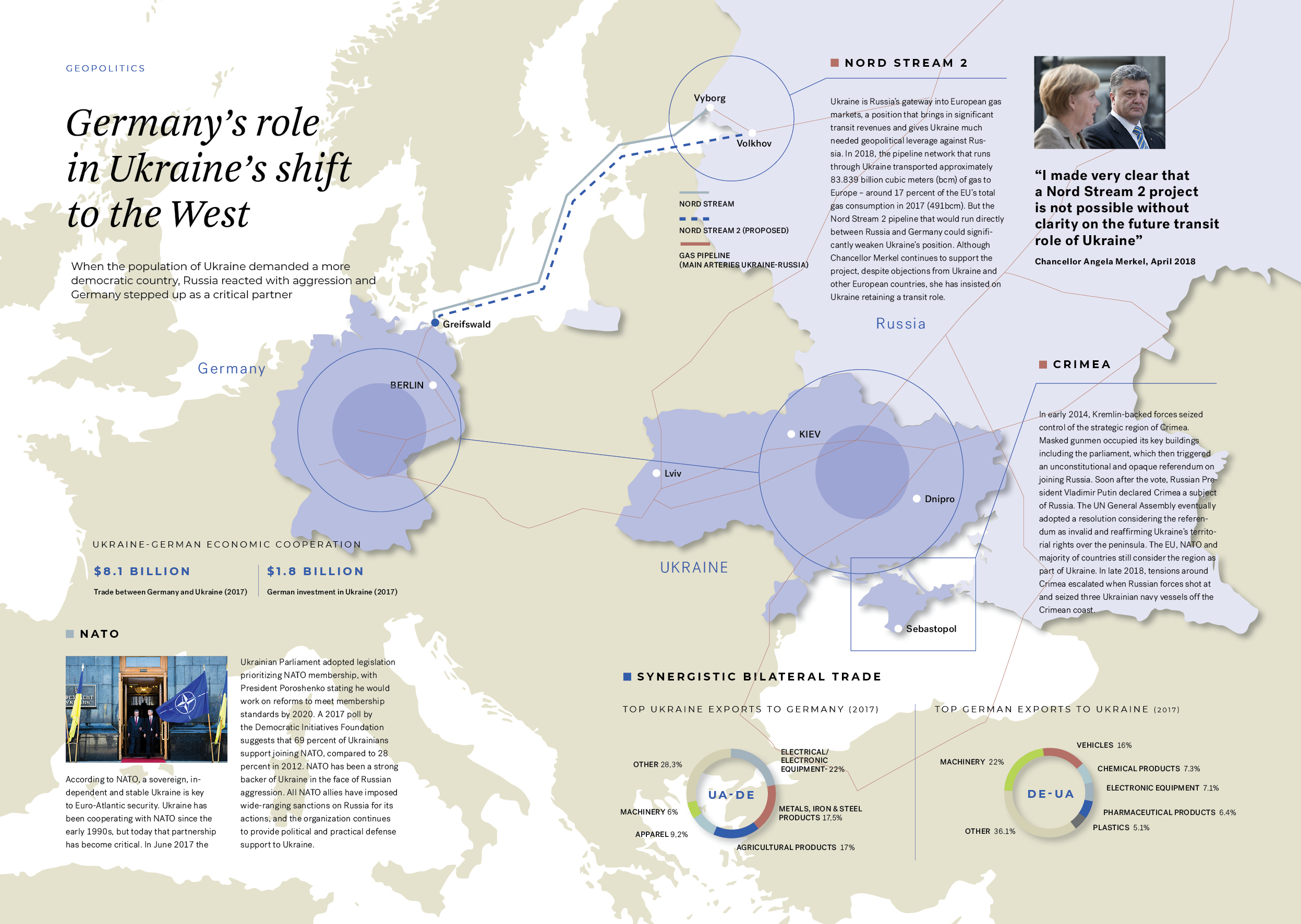 Related Articles
Geopolitics
This site uses cookies for analytics, personalized content and ads. By continuing to browse this site, you agree to this use.OKREAD MORE