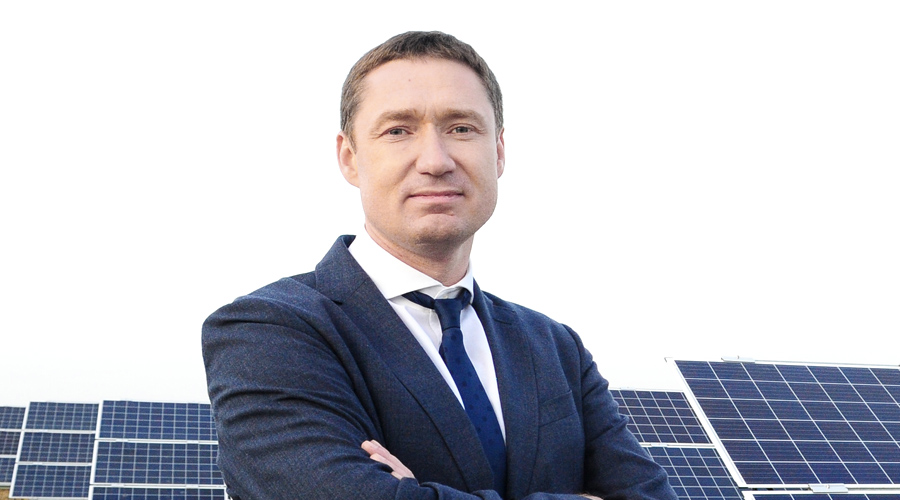 Eco-Optima is a family-based business that unites several companies engaged in the development and implementation of renewable energy projects in Western Ukraine. Created ten years ago when the feed-in tariff system was launched in Ukraine, it got its start in wind energy but has branched out into solar power and biomass. Having successfully worked alongside international investors and development banks, it has gained a strong reputation in Ukraine’s burgeoning renewable energy sector and is one of the top-five solar and wind producers in the country. Here, its CEO Maksym Kozytskyy outlines what gives the company a competitive edge and the opportunities for foreign investors to partner with Eco-Optima to create a greener future for Ukraine, Europe and the world

What have been some of Eco-Optima’s biggest projects to date?

We started to work with the European Bank for Reconstruction and Development (EBRD) in 2010 with our first wind project in Staryi Sambir in the Lviv region. This was a new market for us, as prior to this we had been involved in gas exploration and production, so we created a new division in our business. The first project was implemented in 2015. It is called Staryi Sambir-1, and it is four turbines built together with EBRD and the Clean Technology Fund. We were very successful with this project, and EBRD was satisfied with our progress. We then started the second one, Staryi Sambir-2; a six-turbine project. Together with the EBRD, we have now implemented 10 turbines with a total capacity of 34 megawatts. We are now in negotiations with EBRD to implement a wind farm with a total capacity of 54 megawatts, also in the Lviv region.

In the second project, the Investment Fund for Developing Countries (IFU), which based in Denmark, and the Nordic Environment Finance Corporation (NEFCO) based in Helsinki, also got involved. It was successfully implemented in 2016.

Eco-Optima operates as a group of companies. Please elaborate on the ownership structure of each project and the participation of various companies

For each project, we create a new limited liability company, registered in the village or town where the project is implemented, in order to pay taxes locally. This is our approach to help the local society and to ensure good relations with the local authorities.

One of the key components of these projects is the complexity of financing them and the amount of capital that is necessary. In what ways are you managing these challenges?

Fundamentally, our main problem is finance. Every time we start a new project, we have to think about financing. We have approached foreign investors, foreign companies, and foreign institutions, but currently, it is only really the EBRD which finances such projects in Ukraine.

In our projects, the financial structure is divided 70:30, with 70 percent being the debt from EBRD. On the equity side, it is mezzanine financing from NEFCO and IFU, but we are looking for another institution to provide equity. We are working on a deal with the Black Sea Trade and Development Bank for our new 54-megawatt wind project. We are currently looking for partners who can close the debt portion.

What possibilities do you see for German financial institutions or investors to participate in your growth story?

Six years ago, before the war in Ukraine, we had a German partner, and they planned to involve financing from German banks including Landesbank and Commerzbank, which would provide finance through Ukrainian banks. Given that financing through Ukrainian banks is expensive, we would appreciate the possibility of involving direct financing from German banks to projects where the EBRD is involved.

To what extent does the international perception of Ukraine hinder companies in Ukraine when they seek finance?

It is a problem because most people have never been here and don’t know the country. We are a European country. Historically, the western part of Ukraine was part of the Austrian Empire, part of Poland, and we were only under Russia for 45 years. We have the same attitude to life and the same traditions as Europeans. If you look at the streets in the towns and the people in Western Ukraine, they are European. But Europeans have mostly never been here, and for them it is very difficult to understand that. Yes, we have had a lot of problems because we are involved in a war with Russia, and they think it is not the best time to invest here, but let’s look at a map: from Lviv to Vienna it is nearly 800 kilometers, and from Lviv to Donetsk region it is 1,300 kilometers. We are closer to Vienna than to Russia. Are European investors afraid to invest in Vienna? No. We have very good opportunities here. We have some of the world’s best legislation around renewable energy.

As part of its commitments to the European Energy Community, Ukraine has to increase the share of renewable energy generation in the national energy balance to 11 percent by 2020. What role do you envisage Eco-Optima playing in achieving this target?

Ukraine currently has less than 2 percent of renewables in its energy balance. The goal is 11 percent in one year, and this goal is difficult to achieve purely because of financing issues. In Ukraine you can develop very good, profitable projects, but the problem is financing. If we had access to financing that we needed, our company alone could commission 200 megawatts per year.

What gives you a strategic advantage in the market?

We are in the top five wind and photovoltaic producers in Ukraine. We were one of the first companies to carry out these projects in Ukraine. We have a very good experience because we are working with the EBRD, IFU and NEFCO. Our reputation does allow us to find solutions to financing. That is what I think gives us the possibility to grow.

How do you want Eco-Optima to be perceived both locally and by international investors?

Eco-Optima is involved only in green projects. There is also a trend in Germany that people like to buy green energy, like to produce green energy, and like to live in a green world. We are ready to carry out such projects to give people environmentally friendly energy and to build a green world for our families.

How would you assess the legal and regulatory environment in the Ukrainian energy market? 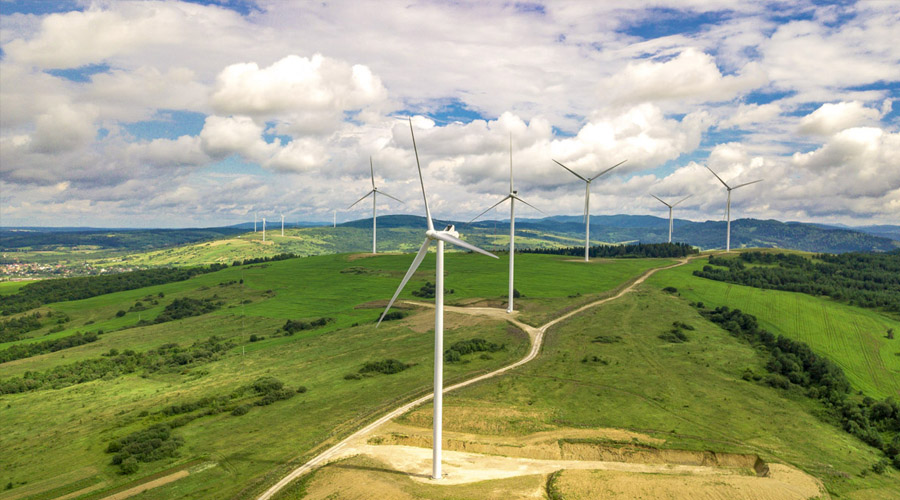 It will be possible for us to sell electricity directly to the end buyers, and this will change the whole model of the electricity market in Ukraine

What kind of acceptance is there from Ukrainian society around renewable energy?

We go directly to people and explain to them why we need to develop such projects. The problem in Ukraine is that many people are still very poor, and it is difficult to gain acceptance of increased prices for green energy. However, it is easier to explain when you compare renewable energy with nuclear production because Ukraine had one of the biggest nuclear disasters in Chernobyl, and people understand its importance.

As a company based in Lviv, how would you assess the business environment in the region?

In terms of renewable energy investment, the big wind projects don’t tend to be in the western part of Ukraine because it is not so windy. We are also not the sunniest region in Ukraine, although if you compare us to Germany, we have the same sun intensity. However, thanks to our governor, we are one of the top regions to invest in these projects due to the speed with which one can set up a project.  Almost all of our projects are developed in the Lviv region, with some in the Ivano-Frankivsk region.

What are the region’s competitive advantages as an investment location?

In terms of investment overall, western Ukraine is really European. The people have the same mindset, and the governor of Lviv has created a very good, forward-looking team. If you want to build something here, there are no problems in purchasing land or finishing construction. Our governor is personally involved to ensure every project can be completed because he wants to ensure that investors come here. We have very well-educated people, to the extent that only 50 percent of the student body in Lviv’s universities comes from Lviv, with the rest coming from all over Ukraine to study and work here.

Related Interviews
CEO - Eco-Optima
This site uses cookies for analytics, personalized content and ads. By continuing to browse this site, you agree to this use.OKREAD MORE